“I Was So Sad When I Came Here”

When they were dating, Leola noticed a few warning signs in her man. But she figured everything would turn out just fine after the wedding.

Despite her romantic optimism, nothing turned out fine. For four years, she tried to put up with his abuse. Finally, it reached a point where she had to find a safe haven.

“My mother always told me to never allow anyone to mistreat you or cuss you out,” Leola says. “I couldn’t take it anymore, so I left.”

Suddenly homeless, Leola went to a hotel for a few weeks till she ran out of money. She made a lot of calls seeking shelter, but many were already full.

MorningStar Mission had an opening, a place just for her. She was grateful, but still living in fear, utterly defeated.

“I was so sad when I came here,” Leola says. “I wasn’t just crying, I was howling. It wasn’t about losing the house or the car. It was just his meanness, just pure evil. It hurt me so bad.”

Fortunately, Leola was now in the right place. Thanks to the kindness of friends like you, MorningStar can be the hands and feet of Jesus, ministering to neighbors who are in deep darkness and pain. People like Leola.

The first thing she noticed was that no one at the Mission was yelling at her or using a harsh tone. After four years of that kind of abuse, a person almost comes to expect it . . . or even comes to believe they deserve it.

“I’ve had my moods and moments,” says Leola, “but they just talk smooth and nice, all the time. They try to live up to their name, MorningStar. That’s the name of Christ, the bright morning star.” As Leola’s darkness turned into light, she began to understand her worth again.

“God has been very good to me through MorningStar,” she says. “I know He brought me here. They have been wonderful to me.”

Leola has found a place to live and plans to move out soon. She says she hates to leave MorningStar, “because I’m surrounded by good people here.” But she also knows that the Mission was never meant to be a permanent home for anyone — just a place to get back on one’s feet and to confidently move into independence again.

She’s ready, and says that’s an answer to prayer.

“We have prayers every day, and when I pray, I say, ‘Lord, thank You for MorningStar Mission,’” she says. “Because honestly, I don’t know where I would’ve gone without them. I had nowhere to go.

“I’ll always be grateful that MorningStar had a place for me.”

This Thanksgiving, Leola is also grateful for friends like you, who pave the way for struggling neighbors to turn their lives around. 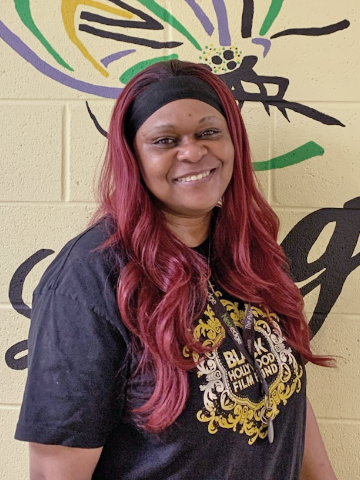